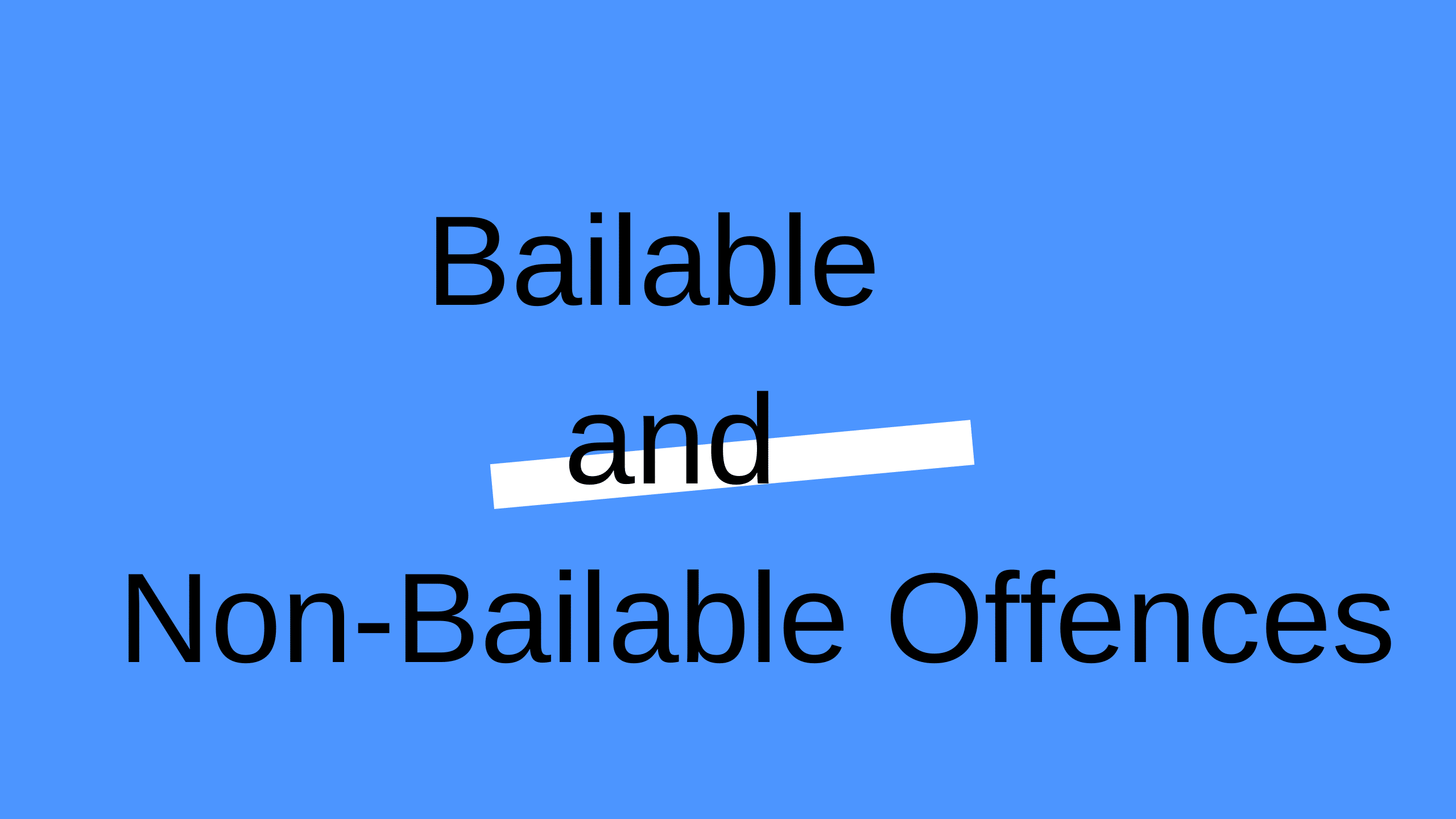 What are Bailable and Non-Bailable Offences Under the Indian Penal Code? I List of bailable and non-bailable offences.

The crimes and offences and their punishments have been given under the Indian penal code, 1860. The procedure of trial also has been given in the Code of Criminal Procedure. Under CrPC, the offences have mainly been classified under two heads bailable and non-bailable offences.

What is an offence?

Any act that causes the violation of another’s rights or causes harm where a person breaches the law and is considered a high risk of danger to society is called an offence.

Section (2n) is an offence defined as an act or omission made punishable by any law for the time being in force and includes any action in respect of which a complaint may be made under section 20 of the cattle-trespass act 1871.

A Bail is a tool that makes sure the suspect or the accused person will be available whenever the court requires and is taken as a written statement concerning the guidelines in the agreement.

He /she has to pay a certain amount of money depending upon the circumstances of the case, and the court will decide it.

What is a Bailable offence?

If a person is under arrest, and in case of a bailable offence, bail is a matter of his right. Here are the common bailable offences, which are simple hurt (section 337; IPC), bribery (section 171E; IPC), Public nuisance ( section 290; IPC), Death by rash or negligent act (section 304A; IPC). This offence is considered not a very serious crime in nature where the suspect can get bail by executing a bail bond.

The term bail bond means the suspect should not leave the jurisdiction of the state without permission of the court or the police officer.

The suspect will be present whenever the court or the police officer is needed, which won’t tamper with the evidence for police investigation. However, the court has the right to disapprove the bail if the suspect person does not comply with the bail bond’s condition.

Right to be released on bail in the bailable offence

Suppose a suspect is arrested without any warrant. In that case, the police officer in charge is responsible for communicating with full details of the crime scene. Also, the officer must inform whether the person arrested is bailable one or not, which comes under (section 50 of CrPc).

As per section 436 of CrPC, when a person is eligible for bail, and he or she can grant bail by the court magistrate. However, in some cases, the magistrate or the officer decides the bail amount depending upon the situation.

What is a Non-bailable offence?

Non-bailable offences are those that are punishable by death, life imprisonment, or a sentence of more than seven years in jail.

Right to be Released on Bail in a non-bailable offence

A suspect who comes under a non-bailable offence will not have a right to be released on bail. The bail can only be granted by undertaking a few conditions under section 437 of CrPc.

If the person is under the offence of non-bailable, then he has to pass on an application to the court for granting bail.

Difference between Bailable and Non-Bailable Offences:

Considering all the information stated above in the article clearly shows that the bailable and non-bailable offences under the Indian penal code are entirely committed to the process.

When a person committed an offence, that will help decide whether that offence is bailable or not and is judged by the offence done, which allows the police in the investigation to prove the crime.

List of Bailable and Non-Bailable Offences: Classification Of Offences

What Is The Difference Between Cognizable and Non-Cognizable Offence Under CrPC?

What is the main difference between Judicial custody and Police custody Under CrPC?