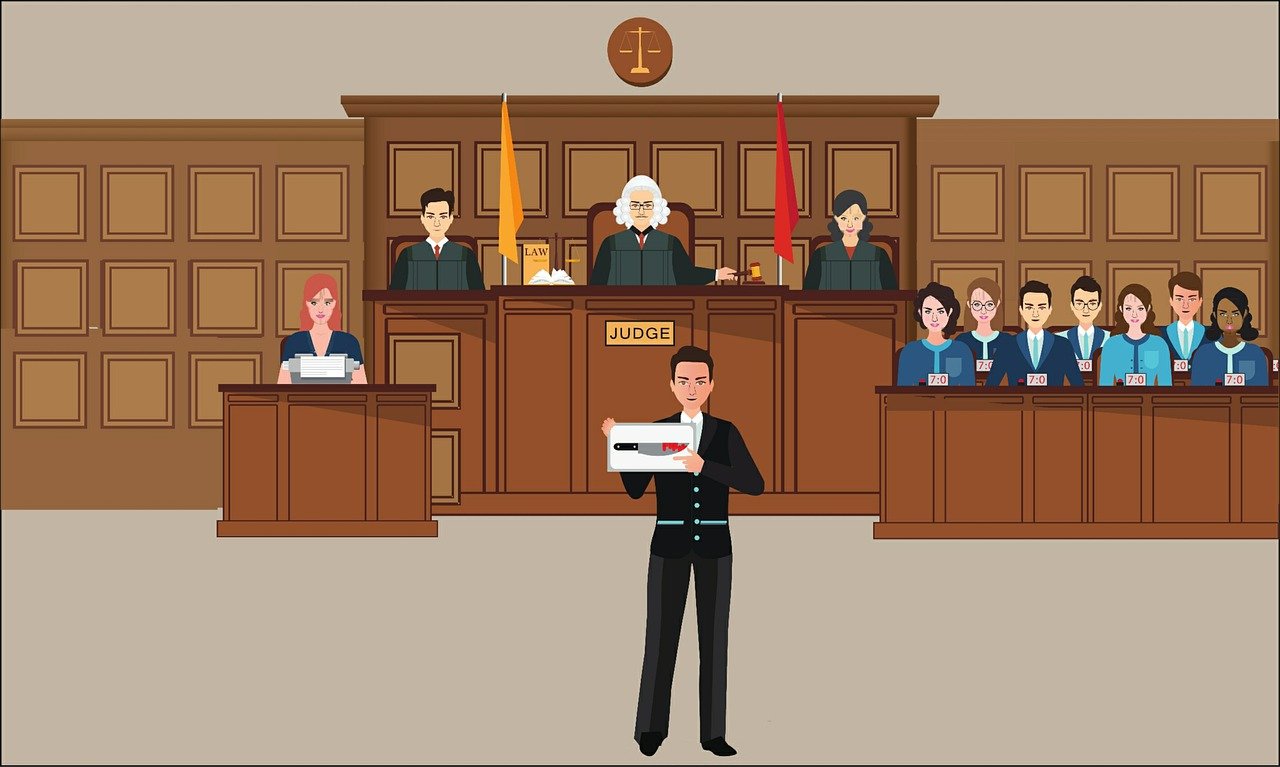 Evidence is an essential part of the legal proceedings to prove or disprove the fact and truth of the event, and it enables the court to pass appropriate judgment.

Types of evidence under the Indian evidence act:

Deferent types of evidence are available under the Indian evidence act, 1872; let’s see what are that?

Oral evidence – This type of evidence define under section 60 of the Indian evidence act. A person gives this evidence which is he seen or heard by himself. That’s why this kind of evidence is called direct, which positively impacts the case.

Real evidence – This type of evidence will come in the outcome by inspecting any physical object presented in the court. Such kind of evidence mainly helps to consider the fact.

Direct Evidence – This kind of Evidence determines any particular fact; that plays a crucial part in deciding some specific proof.

Indirect or Circumstantial Evidence – This kind of Evidence not defines the proof in terms of direct Evidence. However, it helps on the bassed of the basic idea of the proof.

Hearsay Evidence – Hearsay evidence means when a person has heard or seen something about an event from another but directly does not involve his particular knowledge and experience. In this article, we discuss hearsay evidence in detail.

What is Hearsay Evidence?

In simple words, we can say the general meaning of hearsay is combinations of two words like hear and say. Which is not defines particular knowledge of an event. When a witness is heard, he gives some information regards the event from another say. Such type of evidence may treat as second-hand evidence, which is never permissible like direct evidence.

As per the provision of the Indian evidence act, hearsay evidence can not be concider as evidence because such is not direct evidence.

Suppose we refer to section 60 of the Indian evidence act, which clearly says that in terms of oral evidence. The information is given by a witness who is gathered from another that can not be treated as full proof and direct evidence.

In the case of the hearsay witness, that may happen that he can not be able to explain the fact by his statement. that may be some mistake or inaccuracies comes at the time of his testimony given as a witness; the reason for that is,

What section 60 of the Indian evidence act say?

According to that section, it is specified that the witness must give oral evidence in direct terms. Oral evidence must be direct in all circumstances; that is,

It must be the facts of the individual who holds the opinion on specific grounds, whether it applies to views or the grounds on which they are expressed.

In the case of Kalyan Kumar Gogoi v. Ashutosh Agnihotri, (AIR 2011 SC 760), the Supreme Court observed that Hearsay evidence is excluded on the ground that it is always desirable, in the interest of justice, to get the person, whose statement is relied upon, into court for his examination in a regular way, in order that many possible sources of inaccuracy and untrustworthiness can be brought to light and exposed, if they exist, by the test of cross-examination. The phrase “hearsay evidence” is not used in the Evidence Act because it is inaccurate and vague. It is a fundamental rule of evidence under the Indian Law that hearsay evidence is inadmissible. A statement, oral or written, made otherwise than a witness in giving evidence and a statement contained or recorded in any book, document or record whatever, proof of which is not admitted on other grounds are deemed to be irrelevant for the purpose of proving the truth of the matter stated. An assertion other than one made by a person while giving oral evidence in the proceedings is inadmissible as evidence of any fact asserted. The reasons why hearsay evidence is not received as relevant evidence are “(a) the person giving such evidence does not feel any responsibility. The law requires all evidence to be given under personal responsibility, i.e., every witness must give his testimony, under such circumstances, as expose him to all the penalties of falsehood. If the person giving hearsay evidence is concerned, he has a line of escape by saying “I do not know, but so and so told me”, (b) truth is diluted and diminished with each repetition, and (c) if permitted, gives ample scope for playing fraud by saying “someone told me that”. It would be attaching importance to false rumours flying from one foul lip to another. Thus the statement of witnesses based on information received from others is inadmissible.[1].

Exceptions to the rule of Hearsay Evidence:

Section 6 of the Indian evidence act makes an exception to the general rule of evidence. According to that provision, the hearsay evidence also becomes admissible, but the essential requirement is that it must be the same transaction as the act, and there should be no gap between contemporaneous.

In the case of Pratapsingh and another, Appellants vs. State of M.P (1971 Cri LJ 172), the Madhya Pradesh High court observed that The requirement of S.6 is that the statement must have been made contemporaneously with the act or immediately after it and not at such an interval of time as to make it a narrative of past events or to allow time for fabricating it.[2].

In the case of Bhaskaran, vs State of Kerala, (1985 CRI. L. J. 1711), the Kerala high court held, The statements must be of a person who has seen the actual occurrence and who uttered the same simultaneously with the incident or soon after it so as to make it reasonably certain that the speaker is still under the stress of excitement caused by his having seen the incident. [3].

Section 17 of the Indian evidence act defined admission, which is an exception of hearsay evidence. According to that, admission may be a statement in terms of oral, documents, or electronic form given in the court.

The court can accept such type of evidence which a person gives against his own. Because basically, that should be understood that no one can provide a statement against himself, the court also accepts such a statement on the same ground.

The same thing is also to lay down in the confession; in the Indian evidence act, sections 24 to 30 deals with a confession. In simple words, we can say confession means accepting guilt in court.

When a person confesses his guilt out of court, it can be proved by his testimony. A witness who never seen or hear himself about the event; however, such confession can be confirmed by his testify.

section 32 of the Indian evidence act deals with a witness who gives a statement but does not appear in the court for his testimony. Due to when a person is on a deathbed, cause of any other disability, or a person who gives his statement but he can not found anywhere, and it can not be possible for a witness to present in the court.

In that situation, a statement given by a dead person or cause of his death who received such statement. He can appear in the court as a witness and present his evidence as hearsay evidence as well he can declare such a statement which he receives from that person as relevant.

Evidence was given in the former proceedings:

Suppose a person dies or unable to present before appearing to the court as a witness in that situation. In that case, the statement given by that person in previous proceedings might be using evidence to prove the fact in current proceedings.

Section 35 of IEA deals with the relevancy of public records that have formed part of their performance of public duty. For example, books of accounts, public registers, documents, an electronic form, etc., state a relevant fact, which a public servant makes as a part of his duty. If that person who made that record is not alive, then the evidence made by him as part of a previously official duty is admissible in court.

The evidence given in the case enables the court to pass a relevant, accurate judgment but should be proved without reasonable doubt. After discussing the above details, we can conclude that there is also a value of hearsay evidence that will come on the record when hearsay evidence proves according to the above provisions of the Indian evidence act,1872.