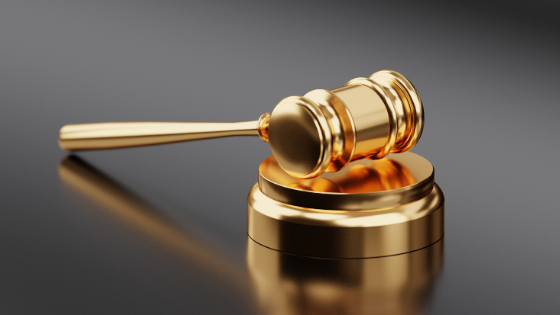 In civil litigation, the pleading is a base and the main element of every civil suit. Every party must present the proper pleading to establish his rights, defense, or to prove his case. But, is this enough for a party to submit only his pleadings in a court?

Every pleading is the main foundation of a civil suit that is relay upon truth and fact. But when we talk about the court case, a party must be established his pleadings by adducing with appropriate evidence. Evidence beyond pleadings can not be considered in the court. It is the rule of evidence, and the party cannot travel beyond his pleadings without submitting proper and relevant evidence.

The court can not rely upon evidence that has not to produce with according to the pleadings. In this article, we discuss the basic rule of evidence, which is necessary for the party to adduce with supporting his pleadings because a civil court cannot grant relief beyond pleadings.

(2) What is the rule of evidence beyond pleadings?

In civil litigation, parties of the lawsuit can not be permitted to adduce evidence which creates a contradiction with his pleadings. Generally, the court concludes that there is no value of evidence that is present by parties without pleadings in a court.

That’s why the court prevents parties from adducing a piece of evidence that is beyond to his pleadings. Here, one most important thing we should note that pleadings are a foundation of every litigation.

So, if the pleading of the litigant is quite different from the issue, it is baseless to adduce evidence to prove that issue. A party must adduce relevant evidence to the court under his pleadings.

In some cases, it happens that the party of suit adduce his evidence beyond his pleadings, and the other party does not take any objection to brought such kind of evidence on record. But after all, the court can not act upon such types of evidence, and a court cannot make out a case not pleaded.

When we read the provision of order 13 rule 3 of the civil procedure code, we can understand that the court has discretionary power regarding the rejection of irrelevant or inadmissible documents at any stage of proceedings with recorded reason in writing form.

In the case of Chaganti Venkata Bhaskar Vs C Chandrasekhar Reddy (2010 (3) ALT 101),[1]. The Andhra Pradesh High Court held that The rejection of inadmissible documents under Order 13 Rule 3 of C. P. C. can be at any stage of the suit proceedings, however, the reasons for such rejection shall be recorded.

In the case of Ram Sarup Gupta (dead) by L. Rs Vs. Bishun Narain Inter College and others, (AIR 1987 SC 1242),[2]. The supreme court held that It is well settled that evidence, if any, provided by the parties can not be considered in the absence of pleadings. It is equally agreed that no party should be able to proceed beyond its pleading and that the party should argue all required and relevant evidence in support of the case it has set up. The aim and intent of pleading are to allow the opponent’s party to know the case they have to face. It is imperative that the party should state the important material facts in order to provide a fair trial so the other party should not be taken by surprise.

However, the pleadings should obtain a liberal structure, there should be no pedantic attempt to undermine justice on the techniques of hair-splitting. Often pleadings are articulated in terms that do not clearly set out an argument according to the strict reading of the law. In such a case it is the Court’s responsibility to assess the content of the pleadings in order to determine the matter. Instead of placing undue emphasis on the type, it is not desirable to consider the content of the pleadings.

(3) Affidavit of evidence beyond pleadings:

Generally, an affidavit has to be file by a person, who knows the fact of the case, and based on that knowledge, he is eligible to file an affidavit.

In the case of L.C. Saptharishi V/s. E.D. Balasubramaniam, reported in 2000(1) L.W. 130,[3]. Holding that any person who is conversant with the facts of the case and who is witness to what transpired before a court is competent to file an affidavit.

In the case of Deo Sharan Mahto Vs.Ram Bilash Singh and other (AIR 1975 PATNA 107),[4]. The Patna High Court held, according to the provision of order 6 rule 15,  the facts laid forth on every pleading must be verified either by solemn affirmation or by oath.

This ratio is laid down in the case of First National Bank Ltd. (In Liqn.) Vs.Shri Devi Dayal, (AIR 1968 PUNJAB AND HARYANA 292),[5]. The Punjab and Haryana High court held that the written statement filed by objectors is not proper in the eye of Law, if not verified and supported by affidavit.

(a) No Evidence Affidavit under Order XVIII Rule 4 of the CPC can be allowed to be ‘withdrawn’. It is evidence as soon as it is affirmed.

(b) The Evidence Affidavit cannot contain matter that is irrelevant, inadmissible or both; or is in the nature of arguments, submissions, or prayers. This is not ‘evidence’ as required by law. Were it to be attempted from the witness box, it would not be permitted; and hence it cannot be allowed to creep in merely because it happens to be placed on affidavit.

(c) It is permissible, and in fact often necessary, for a Court, with a view to the expedition and to avoid a needlessly protracted cross-examination on irrelevancies and matter that is not ‘evidence’ to order that any such material that does not constitute evidence be struck off or be ordered or directed to be ignored without fear of adverse consequence.

(d) Where an Evidence Affidavit is filed and the witness or deponent, though otherwise available, is not made available for cross-examination, the well-established consequences in law will follow. Specifically, the opposite party will be entitled to submit that an adverse inference is drawn against such a witness or the party who fails to produce that witness for cross-examination; and, further, that should that evidence contain any admissions, these may be used by the other party, but so much of the evidence as is against the party entitled to cross-examination but which has gone untested for want of production of the witness will be liable to be ignored.

According, the provision of the civil procedure code, Order 18, Rule 4, the witness must be cross-examined either by the court or by the commissioner appointed by the court.

There is no Commissioner allowed to Decide on any question raised when a witness is cross-examined. The commissioner is required to record the objected question, the witness’s response, and answer. At the time possibly of argument, the court has to determine the reasonable objection.

The council of other parties asks some questions to the witness regarding the statement, which is previously filed by him in writing. The opposite party tries to deny that statement and find out to contradiction for his defensive purpose.

However, only leading questions are permitted to ask the witness, which helps to discover the real point of the issue of the case. The court can not permit the party to cross-examine the witness beyond his pleadings.

As we above discuss the rule of pleadings, we can say that pleadings are the main base of every lawsuit. The parties have no right to leave their pleadings or create a new and different case. Parties of the suit are binding of his pleadings and can not go beyond his pleadings. They have to adduce their evidence according to pleadings.

It is also true that the basis of pleadings, the court framed the issue, which will help to consider all legal points to decide the suit. That’s the way the court can not permit the parties to travel beyond his pleadings.

However, if parties want to present any other fact that is related to the case, he may amend his pleadings with the permission of the court. The arguments of parties beyond their pleadings can not be accepted and must be rejected.

This view is laid down by the supreme court in the case of Bharat Singh and others Vs. State of Haryana and others, (AIR 1988 SC 2181),[7]. The Supreme Court held that there was no reference to any material in support thereof nor was the point argued at the hearing of the writ petitions. When a point which is ostensibly a point of law is required to be substantiated by facts, the party raising the point, if he is the writ petitioner, must plead and prove such facts by evidence which must appear from the writ petition and if he is the respondent, from the counter-affidavit. If the facts are not pleaded or the evidence in support of such facts is not annexed to the writ petition or to the counter-affidavit, as the case may be, the Court will not entertain the point. There is a distinction between a pleading under the Civil P.C. and a writ petition of a counter-affidavit. While in a pleading, that is a point or a written statement, the facts, and no evidence are required to be pleaded, in a writ petition or in the counter affidavit not only the facts but also the evidence in proof of such facts have to be pleaded and annexed to it.

The court can not proceed beyond the pleadings, and the issue can not be presented unless pleadings are made to create conflict over a specific fact or law.

Therefore, allowing the party to lead evidence that is not in the line of pleadings is not acceptable for the court. Even if parties give their proof that is rejected the same, and the court can not consider it.