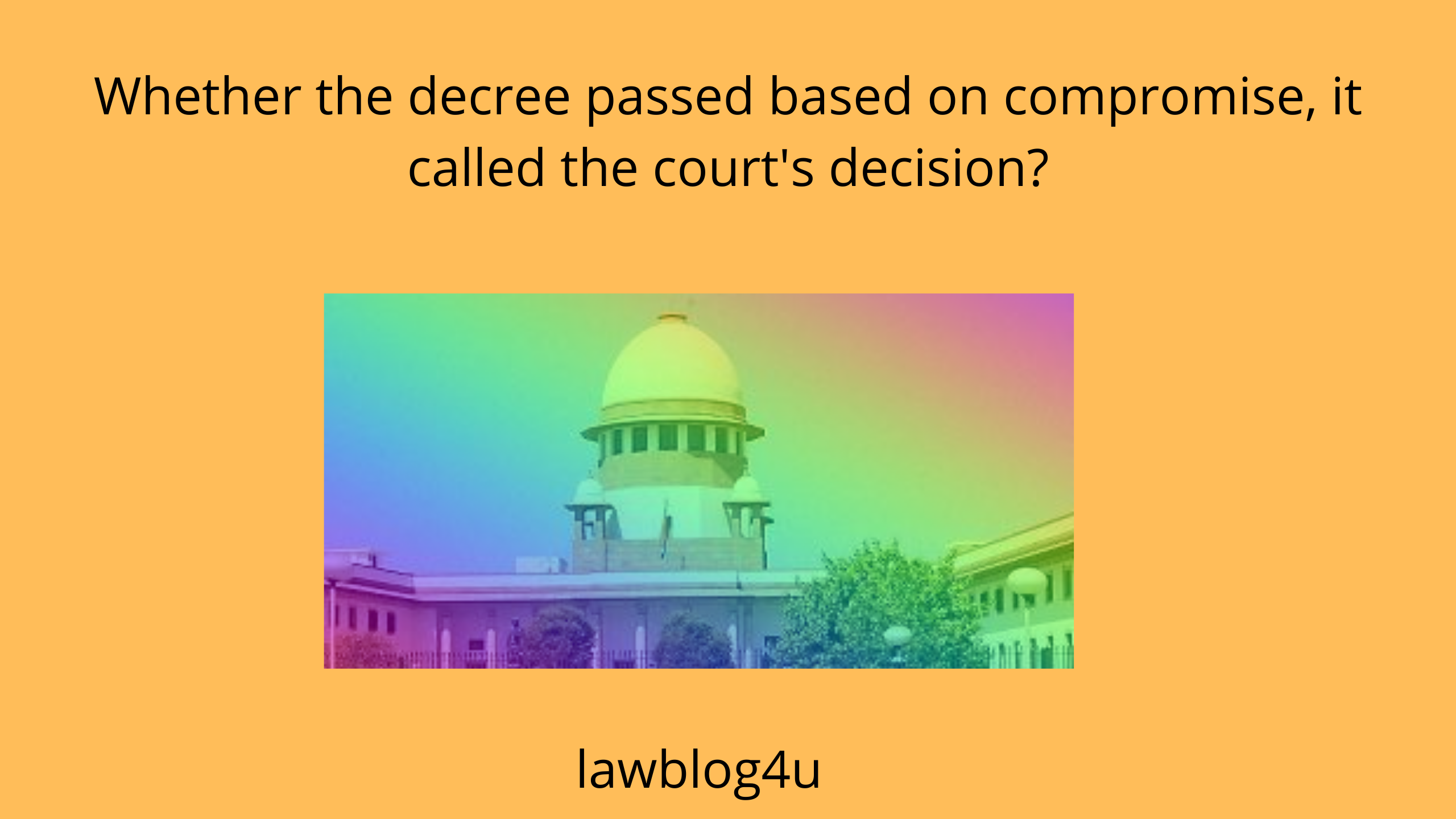 Whether the decree passed based on compromise, it called the court’s decision?

The supreme court dealt with the question in Pulavarthi Venkata Subba Rao Vs  Valluri Jagannadha Rao,(A.I.R. S.C. 591), and observed that a decree passed on the basis of compromise could not be called a decision by the court. In terms of compromise decree, the court accepts something that the parties of the suit agreed and nothing else. The court also mentions that in passing a compromise decree, the court puts the court’s seal on the agreement made and produced by the parties of the suit. The court did not decide anything, and it cannot be said a decision of the court is included in it. A compromise decree cannot be covered as a decision on a case heard by the parties and decided. It cannot be covered under the criteria of res judicata. However, a compromise decree may create estoppel if any conflict arises between the parties, but that should be specifically mentioned in pleading. To read the full judgement, click the link. Pulavarthi Venkata Subba Rao Vs  Valluri Jagannadha Rao.