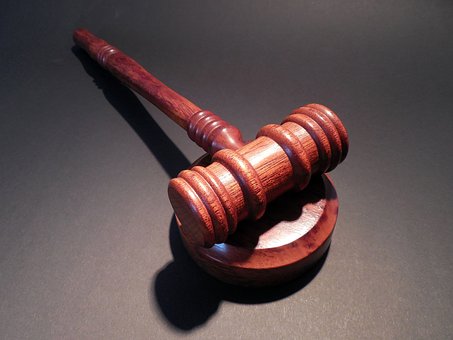 (1) meaning of the written statement :

The written statement is an essential part of every civil suit. When the plaintiff filed a lawsuit against the defendant or defendants, his plaint put his grievance against a defendant. After considering the plaint of the plaintiff, the Court can order to issue summons to the opposite parties, which are called the defendant in the suit.

(2) What is the effect of non-filing written statement?

In the case of Mohammed Yusuf v. Faij Mohammad and ors (AIR 2009 SC (Supp) 1741), the supreme CourtCourt observed that Written Statement filed after three years beyond the time limit, the application filed by the respondents herein praying for condoning the delay in filing the written statement was rejected. And the plaintiff ordered to examine his witnesses – Sufficient reasons recorded in support of Order held, Interference with the Order by writ Court in the absence of finding that there had been a failure of justice or Order contained an error on the face of the record is improper.[1].

In the case of M/s. Aditya Hotels (P) Ltd v. Bombay Swadeshi Stores Ltd. and Ors(Air 2007 sc 1574), the supreme CourtCourt held that Condonation of Delay in filing Written Statement since neither the trial Court nor the High Court has indicated any reason to justify the acceptance of the written statement after the expiry of the time fixed, Order allowing filing of the written statement is liable to be set aside.[2].

In the case of Kailash Vs. Nanhku and others (AIR 2005 SUPREME COURT 2441 ), the supreme CourtCourt held that Filing of Written statement schedule provided by Order 8, Rule. 1 is a directory. It does not spell out a disability on the defendant and does not impose an embargo on the Court’sCourt’s power extension of time, however, to be granted only for exceptional circumstances.

The provisions of Order. 8, Rule. 1 fixing schedule for the filing of the written statement is a directory and not mandatory. The purpose of providing the schedule for filing the written statement under Order. 8, Rule. 1 of CPC is to expedite and not to scuttle the hearing. The provision spells out a disability on the defendant. It does not impose an embargo on the power of the CourtCourt to extend the time. Though the language of the requirement to Rule. 1 of Order. VIII of the CPC is couched in negative form; it does not specify any penal consequence flowing from the non-compliance. The provision being in the procedural law domain has to be held directory and not mandatory. The power of the CourtCourt to extend the time for filing the written statement beyond the schedule provided by Order. VIII, Rule. 1 of the CPC is not wholly taken away.[3].

In the case of Om Prakash Gupta vs. Union of India and another (Air 2000 sc 3585) the supreme CourtCourt observed that Written statement not filed for more than two years held Order granting further time to party not justified – Application under O. 8, R. 10 to pronounce judgment against defendant allowed. The CourtCourt may proceed and dispose of the suit by the law.[4].

Indeed, the defendant’s conduct in not filing the written statement has to be understood in the facts of the specific case, and no straight-jacket formula can be used where the written statement is not filed within a particular time to be given only for extraordinary situations. The Court can allow the plaintiff’s application under Order 8, rule 10, and pronounce the judgment against the defendant as per the provisions of the civil procedure code.