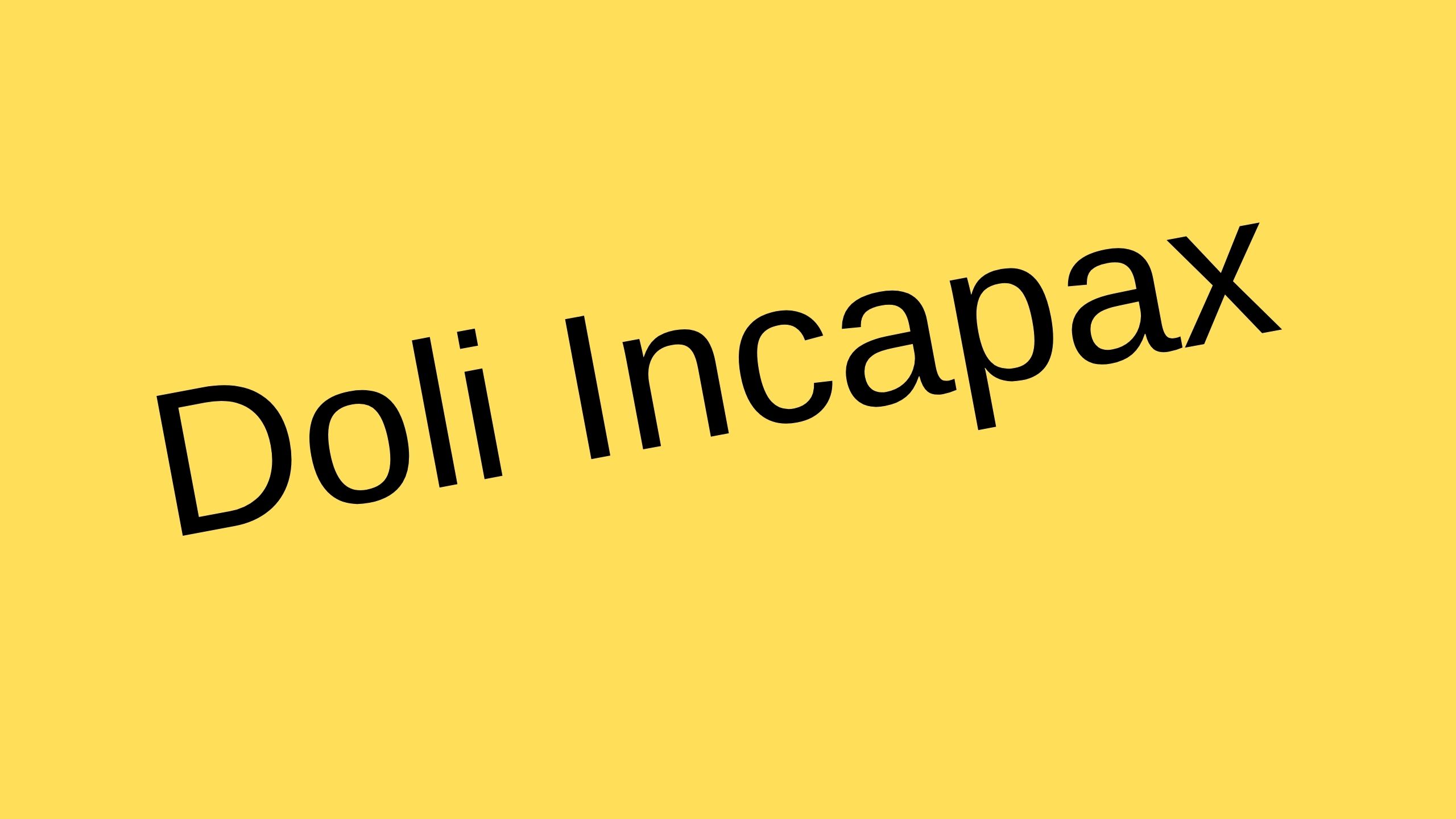 Meaning and explanation of Doli Incapax

The word Doli incapax basically comes from the Latin word which is mentioned about the presumption theory of criminal responsibility in the law. As per this theory, a child is not capable of committing an offense with criminal intent.

This maxim presumes that a person who acts in any criminal offense should be intent to commit and he should be responsible for that crime. Until the closure of English law the crime and disorder act 1998, section 34 described that a  child whose age is under 14 years old was not able to commit a crime. These defensive theories were rooted on the basis of presumption at that time. This presumption will rebut when the prosecution has satisfactory mention to the court that the child who commits a crime did know everything which was done by him and he didn’t do that in child nature.

There are some differences in the age limit of criminal responsibility in various countries. In the Philippines island, the age of 9 years to 15 years will be mentioned. In the Italian penal code, such is mentioned as 14 years. In French law, that will be counted as 13 to 18 years. In the Indian penal code, a child means an age limit is under the age of 7 years. However, age between 7 to 12 years may be put on criminal responsibility based on the circumstances or understanding. That means that it can be rebuttable is, which depends on circumstances.

What is Section 82 of the Indian Penal Code say?

What is Section 83 of the Indian Penal Code say?

This section clearly said that a child who’s as age between the years of 7 to 12  and if he did a crime that cannot be considered a crime because he would not maturely understand what the result of the act he does is.

Now we discuss this concept in India under sections 82 and 83 of the Indian penal code and the juvenile justice act which described the provisions related to the doli incapax. If we refer to those provisions we can find that in India a child below the age of seven years can not be prosecuted for committing a crime. And a child who belongs to age eight to fourteen years can be prosecuted but the burden of proof must be laid down on the prosecution and it must be proved that the offense was committed by the minor.

In the case of Salil Bali vs. Union of India and Anr, (AIR 2013 SC 3743), the Supreme Court held that, in England and Wales, a child accused can be tried for a crime which is committed by him under the Children and Young Persons Act, 1933 which is amended in section 16(1) of the act. As per this law, the minimum age for criminal responsibility is required ten years, and the below of that age is to be considered as a doli incapax which is incapable to commit a crime with the intent of criminally. The same things are covered in the provisions of sections 82 and 83 of the IPC.

What is the Doli incapax age India?

Simple questions arise in our mind that how to calculate a limit for the minor or what is the appropriate age of putting criminal responsibility for the minor?

The basic age of criminal responsibility in India is 7 years, that’s why if a child who is below that age committed a crime that cannot be considered his act as a criminal intent ​in the eyes of law. A child’s age limits under between 7 to 12 years are entitled to the defense on the ground of presumption of doli incapax. That’s the reason the burden of proof must lie to the prosecution who rebut that presumption.

How can you prove the doli incapax?

To prove the concept of doli incapax, which bassed on the presumption that a child under the age of 7 years is not capable to commits a crime which intent of criminology. Because he lacks the capacity to understand what is the result of his act which he does. However, If the prosecution wants to prove the child as an accused, then it is not as easy as proving an adult as a criminal. It must be proved by the prosecution with the rebut of such presumptions of doli incapax that the child’s act is intentionally done. And he also knows that’s wrong, which is done by him, and he does not do it in a childish nature.

The test for rebutting doli incapax

The essential elements of the test for rebutting of doli incapax are given below;

How to rebut the presumption of Doli  Incapax?

The prosecution must have to prove that the child who made a criminal offense that’s committed with the criminal intention, and he was concisely aware, which is done by him. Also, he knows the result that would come out of his act. If the prosecution wants to rebut the presumption of Doli incapax, it must be proven with appropriate evidence that is given below;

Considering the statement or admission which the child makes:

Sometimes, the child made his admission regarding his act, which he does. That statement or access would be sufficient to rebut the presumption of doli incapax.

Here one thing is most important: the child’s statement must show that the child knows and understands that he did the wrong action and did not do it in a naughty scene.

There is no compulsory requirement that the child make admission or a statement. They have the right to keep silent.

The alleged statement that the child makes must be proven beyond a reasonable doubt or any other contradictions.

The statement made by the child clearly expresses that he had known what he had committed the offense.

Behavior of child accused before and after of the act:

Having proper evidence against a child can not be considered;  the child’s behavior before and after committing a crime is also considered. Here is also observes the whole circumstances of the offense, which the child does according to his behavior.

Any act, whether that is wrong, serious, or harmful, which is done by the child that may require that has to be knowledgeable to him. Without the child’s knowledge, that act cannot be proved against him. Such knowledge can be considered to him as an offender of crime. Such behavior may help to rebut a presumption against him.

Prior criminal history of a child accused:

The prior criminal history can be admissible to rebut of doli incapax. However, that cannot be a reliable way to rebut this presumption. In some circumstances, the child has any previous criminal history, the prosecution can show the court that evidence that the child did the act is wrong for society and the criminal justice system.

However, having a past criminal history of a child accused may not have conclusive evidence to prove a child’s later offense. Having a prior criminal history of the child doesn’t mean he has understood the seriousness of the crime which he committed.

The prior history is only considered when any previous record shows that the child had a conviction on that basis. A similar offense has been made by the child again in the same manner that may presume the intention of the crime. Otherwise, the preliminary evidence doesn’t have probative value to rebut the doli incapax.

Evidence of parents and home background of the child:

It is also a standard method that the prosecution can use to rebut the doli incapax. The prosecution can collect the evidence of the accused child’s parents or guardians who know that the offense is made by the child and understands the seriousness of the crime, and he did not do so in the naughty scene. The evidence of the child’s home background also can be used to rebut the presumption of doli incapax. However, in all these aspects, it is also necessary to observe the circumstances and intention of the child regarding the harmful act which he makes.

The teacher’s evidence is also a method to rebut the presumption of doli incapax. The teacher can better observe the nature of the child according to his mental or moral condition. He can also understand the ability of a child to understand what is good or bad?

Through the teacher’s evidence, the prosecution can conclude by considering the child’s ability and understanding of wrong or harmful acts.

The principle of doli incapax is covered the criminal responsibility of children. According to that, in India, a child aged below seven years cannot be prosecuted for any offence. This principle clearly says that a child can not understand the act was done by him and the result. The said principle is based on the presumption that children can not commit a crime with the intent of criminally by nature.However, children between the ages of 8 to 14 can be prosecuted, but for that, the prosecution has to take all burden of proof to prove the offence against a minor. The concept of doli incapax can be rebutted with strong evidence without reasonable doubt that a child knew the intent and result of the act which he does.